Lisa Hochstein Plastic Surgery Before And After Photos

Lisa Hochstein, model and fitness guru and television actress, she made her fortune with the help of The Real Housewives of Miami and came into the limelight of the stardust. But before that, she’d posed for Playboy magazine three times. Talking about her plastic surgeries, she’s had two breast augmentation procedure and a Rhinoplasty.

Lisa Hochstein Plastic Surgery Before And After Photos 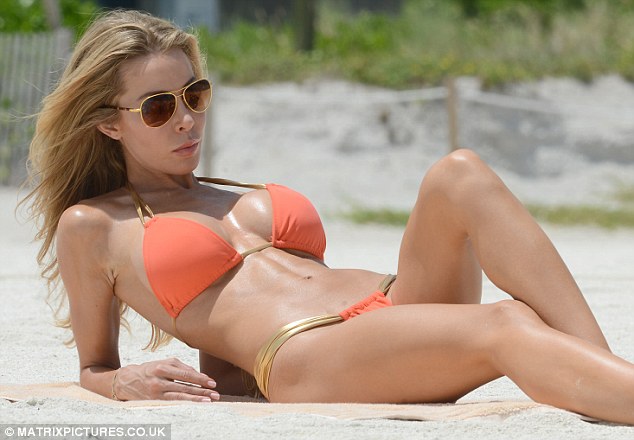 She’s born with a beautiful face, a face to die for. But her upper department, her chest was flat as a board bearing A-cup size. To increase her bust line she underwent two breast augmentation surgeries and a minor nose job to change/alter her features slightly. She’s open about her plastic surgery procedures and shows off her new body with style. (Kourtney Kardashian plastic surgery) 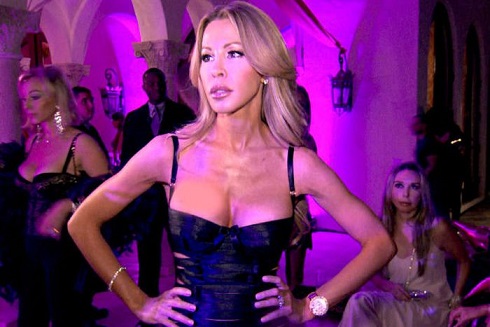 At the early age of 18, she her first encounter with scalpel and knives to up her breast size from A-cup to C-cup. The breast augmentation surgery ended against her luck. But she, anyway, kept the lopsided pair of breast implants in her chest for almost ten years before she could think of having them removed or improved. 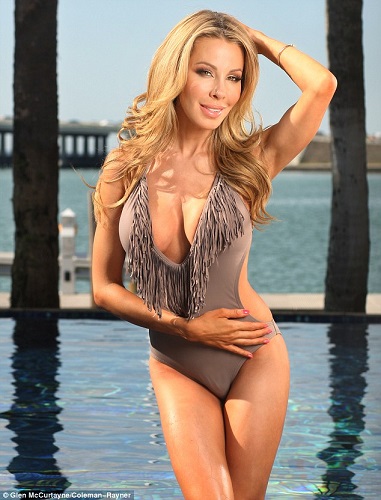 Little less than ten years, she underwent another breast augmentation surgery, conducted by his husband, Lenny Hochstein. In which she upped her size from C-cup to D-cup, also repairing the previous issues, the lopsided breasts, she’d. (Kendra Wilkinson plastic surgery)

Her thirst seems quenched after her second breast augmentation procedure. As she said,

“They look natural,” the former Playboy model said of her new breasts. 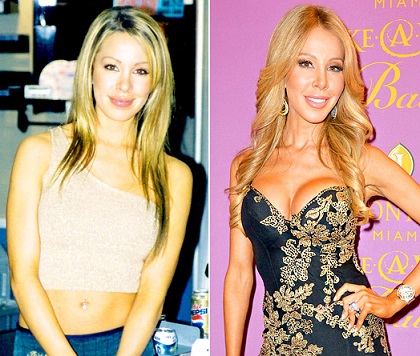 Take a gander at the Lisa Hochstein breast augmentation before and after photos to have your eyes rolled on newly pair of boobies, as she readily flaunts the results of knife and scalpel work.

Though, she’d her chest chiseled out and filled them with desired size breast implants. She’s ever more beautiful than ever. But it’s now her nose that needed a little attention. If you’d take a look at her earlier photos(before nose job), you’d note an ascertain nose tip, very wide, not defined, not at all pointy. And a star of her stature got to have her every features checked and corrected to meet and face the camera-personality straight at the mirror.

Lisa Hochstein Nose Job was a minor work. The tip of her nose was defined to her desire, little narrowed out. And that’s it. If you’d note her recent(after nose job) photos, you’d need to pay a great deal of attention to pick out the difference in two sets of Lisa Hochstein nose job before and after photos. (Kim Zolciak plastic surgery)

The difference is there to be appreciated. The new nose goes well with her facial features. Rest, she’s a beauty carved out by her husband, Lenny. 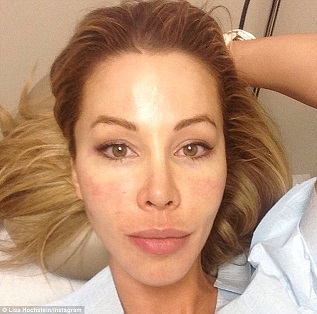 She’s no stranger to knife since the early age. And she’s not shy about flaunting her results of knife and scalpel work, every time she’s happy about it. A-cup size for a Playboy magazine doesn’t really exist as a style stature, and with all due respect to the magazine, you’ve to work on your body to carve a figure, to die for. And she did. She did really well. Now she’s filled with D-cup breast implants and a minor touch of scalpel has made her nose adorable.